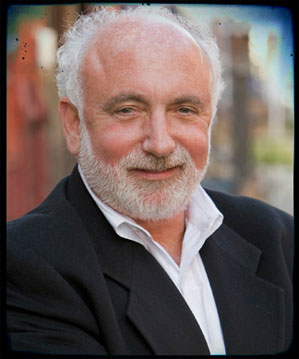 Laurence Steinberg, Ph.D., one of the world's leading experts on adolescence, is a Distinguished University Professor and the Laura H. Carnell Professor of Psychology and Neuroscience at Temple University. He taught previously at Cornell University, the University of California, Irvine, and the University of Wisconsin, Madison. Dr. Steinberg is the author of nearly 500 articles and essays on development during the teenage years, and the author, co-author, or editor of 18 books. He has been a featured guest on numerous television programs, including CBS Morning News, Today, Good Morning America, 20/20, Dateline, PBS News Hour, and The Oprah Winfrey Show, and is a frequent consultant on adolescence for print and electronic media, including the New York Times and NPR. He has also written for the New York Times, Wall Street Journal, Washington Post, USA Today, Slate, and Psychology Today. A graduate of Vassar College and Cornell University, Dr. Steinberg is a Fellow of the American Academy of Arts and Sciences, the American Psychological Association, and the Association for Psychological Science. His newest book, for parents of adult children, will be published in April, 2023 by Simon & Schuster.

Dr. Steinberg is a former President of the Division of Developmental Psychology of the American Psychological Association and of the Society for Research on Adolescence. He has been the recipient of numerous honors, including lifetime achievement awards from the American Psychological Association, the Association for Psychological Science, and the Society for Research on Adolescence. In 2009, he was named the first recipient of the Klaus J. Jacobs Research Prize for Productive Youth Development, one of the largest prizes ever awarded to a social scientist. In 2014 he received the Elizabeth Hurlock Beckman Award, a national teaching prize, for having inspired his former students to make a significant contribution to society.

A nationally and internationally renowned expert on psychological development during adolescence, Dr. Steinberg's research has focused on a range of topics in the study of contemporary adolescence, including adolescent brain development, risk-taking and decision-making, parent-adolescent relationships, adolescent employment, high school reform, and juvenile justice. His work has been funded by a variety of public and private organizations, including the National Institutes of Health, the U.S. Department of Education, the U.S. Department of Justice, the U. S. Army, the MacArthur Foundation, the Robert Wood Johnson Foundation, the William Penn Foundation, the William T. Grant Foundation, the Lilly Endowment, the Spencer Foundation, and the Ford Foundation. He has been a Faculty Scholar of the William T. Grant Foundation and was Director of the John D. and Catherine T. MacArthur Foundation Research Network on Adolescent Development and Juvenile Justice.

Dr. Steinberg served as a member of the National Academies’ Panel on the Health Implications of Child Labor and the Board on Children, Youth, and Families and chaired the National Academies’ Committee on the Science of Adolescence.  He has been a frequent consultant to state and federal agencies and lawmakers on child labor, secondary education, and juvenile justice policy and was the lead scientist on the amicus curiae briefs filed by the American Psychological Association in Roper v. Simmons, the landmark U.S. Supreme Court case that abolished the juvenile death penalty, as well as several subsequent Supreme Court cases that placed limits on the use of life without parole as a sentence for juveniles. He has also provided expert testimony and consultation in a number of legal cases involving adolescent brain and behavioral development.

A copy of Dr. Laurence Steinberg’s C.V. may be viewed here.

A brief video of Dr. Steinberg discussing some of his research may be viewed here.

To send a message to Dr. Steinberg, This email address is being protected from spambots. You need JavaScript enabled to view it. 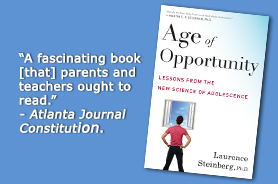 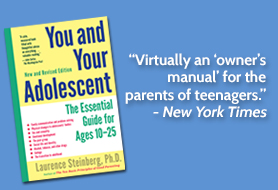 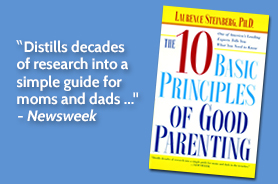 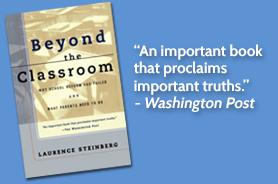 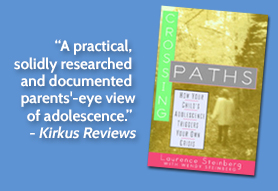